Functionality and technology of radar sensors

The radar sensor developed by Baumer enables you to measure the distance of objects over wide distances. Aside from distance measurements, it is also possible to measure the relative speed of the detected object.

The sensor is based on the Frequency Modulated Continuous Wave (FMCW) technology. Here the carrier frequency is constantly modulated within a small range (the bandwidth). As soon as the signal is reflected back from an object, it is possible to measure the distance and the speed of the object through frequency comparison.

The sensor utilizes a very high carrier frequency, this allows to generate a very narrow beam cone. This allows to detect even small objects, without interference from neighbouring objects over large distances. 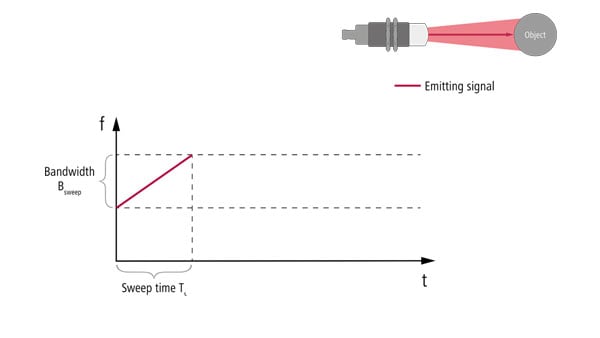 Baumer radar sensors operate on the FMCW method (Frequency Modulated Continuous Wave). Here the radar sensor emits a frequency (f) which is continuously changed over time (t). In this way a frequency sweep is created. The difference between minimal and maximal frequency is called bandwidth (Bsweep). 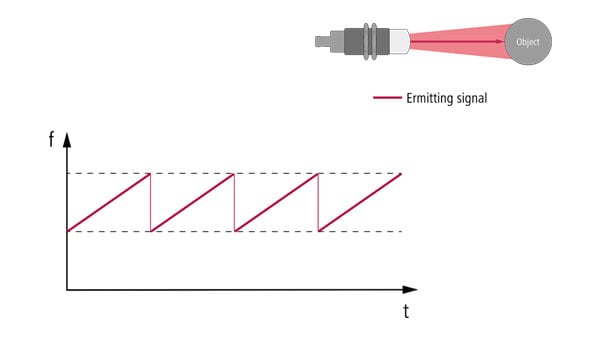 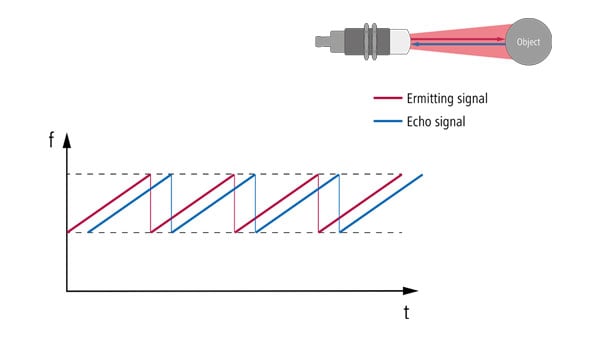 When the emitted radarwave hits an object within the radar cone, a portion of the signal is reflected. This can be detected as a echo signal in the radar sensor. 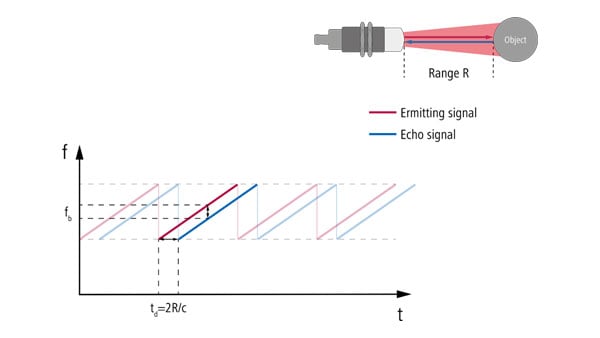 Due to frequency sweep the echo signal has a lower frequency then the emitted signal. The difference between the current frequency and the received frequency (frequency beat fb) is detected by the radar sensor as measured signal. 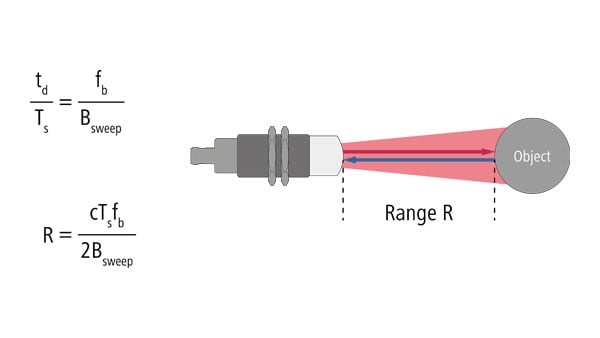 The distance R between radar sensor and object is determined out of the detected frequency sweep (fb), sweep time (Ts) and band width (Bsweep).